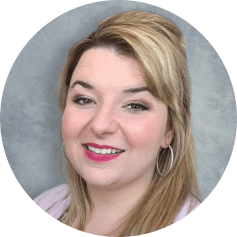 It was but a few short weeks ago when Ontario Premier Doug Ford made a promise to Ontarians. When asked by reporters whether Ontario would issue a vaccine passport, Ford’s answer was clear:

The Premier also cautioned that these passports could be used for nefarious purposes: “You’re right, anything can be fraudulent right down from money to certifications. No, we aren’t doing it. Simple as that.”

Conservatives, historians, and critical thinkers breathed a sigh of relief. But in one of the most epic flip flops in political history, Doug Ford has greenlighted the implementation of vaccine passports effective September 22nd. In his own words, Doug Ford is creating a literal “split society” with two tiers of citizens.

Many have spoken out publicly against the passport program calling it an egregious overreach of government power. Human Rights Advocates are quick to point out that the program is in direct violation of the Canadian Charter of Rights and Freedoms and against the Nuremberg Code. Though the science supporting vaccine passports remains to be seen, it is clear that the passports serve particularly well in one area: coercion.

As with many of Ontario’s “one size fits all” blanket approaches to COVID-19, the short sightedness of the passport program is shocking. Has the Ontario Government considered who their discriminatory health program will hurt most? Which industries will be hardest hit? The short and long term effects of societal segregation on its citizens? You can be sure they have not. Let’s explore!

Ontario is about to have a serious racial divide. According to a Statistics Canada report from March 2021, only 56.6% of Black Canadians reported willingness to receive the vaccine, compared with 76.9% in the population overall. Visible minorities, indigenous peoples and low income communities were also ranked among the least willing to vaccinate. Inclusion is officially off the table in Ontario.

The province who once flaunted the mantra “Open for Business” will again assign the burden of the pandemic squarely on the shoulders of small businesses. Mega chains like Costco and Walmart operated freely with few restrictions while small businesses were forced to close. Now to add insult to injury, businesses – many of whom remain on the brink of insolvency – must play vaccine police and turn away large percentages of their customers. The reward for the inconvenience of additional staff, added expenses, fewer customers and scrutinizing the private medical data of their patrons is: nothing. No increased capacity, no removal of mask mandates, no decrease in restrictions, no promise of normal. Nothing. Ontario businesses will officially become Doug Ford’s henchmen.

First world nations such as the UK and Germany refuse to roll out vaccines to the under 18 crowd citing that the benefit does not outweigh the risk. But here in Ontario, if you’re old enough to attend Hogwarts then you are old enough to become a second class citizen. Children’s hospitals remain swamped with kids in crisis as a direct result of lockdowns and restrictions that literally killed and hurt our children under the guise of protecting them.

Ontario parents must now choose to further subject their kids to isolation and exclusion or risk a vaccine induced case of myocarditis and unknown long-term effects. Ontario children are being denied access to sports, recreation and even education to protect them from a virus which has little effect on children. And while children under 12 remain ineligible for vaccination, they are eligible for discrimination. Children of all ages will pay the price of mandated vaccines by way of their parents. In this dystopia, kids will be left in the cold at the establishment door if mom and dad can’t present their papers.

Yesterday’s health care heroes are being sentenced to the unemployment line. The greenlight on vaccine passports has given hospitals carte blanche to fire medical staff who don’t comply with sharing their private medical history. These individuals bravely managed the first 18 months of the pandemic without a vaccine, but now it is jab or job mentality. We are in the 4th wave of a pandemic so deadly that we are firing healthcare workers while hospitals proclaim they are understaffed and overwhelmed. The optics are spectacular.

We are witnessing uncharted territory in the realm of government power combined with epic mass medical coercion. If Canada already has one of the highest vaccination rates in the world, what are we doing? What are the targets? Where is our exit? The strategy is, and has always been, to create the illusion that we are taking tough action on COVID to distract from our failing healthcare system and the inability to protect our most vulnerable such as in long term care facilities. The suffering and damage caused by societal segregation will be rug swept, just as it was for the collateral damage caused by Ontario’s record-breaking lockdowns. It’s time for community activists to band together and speak up for their bases because it’s plain to see this government is no longer “For the People.”